The second day of our trip was significantly less crazy-making than the first, though still pretty physically taxing. We slept in at the Sea Gate Hotel until 9:00 (which is pretty unheard of for me), but not before several roosters crowed at exactly 6:00am. Still in a sleepy fog, I stumbled out of bed and went outside to shoo them away–successfully, I might add–and noticed quite a few horses right over the wall in front of our room. 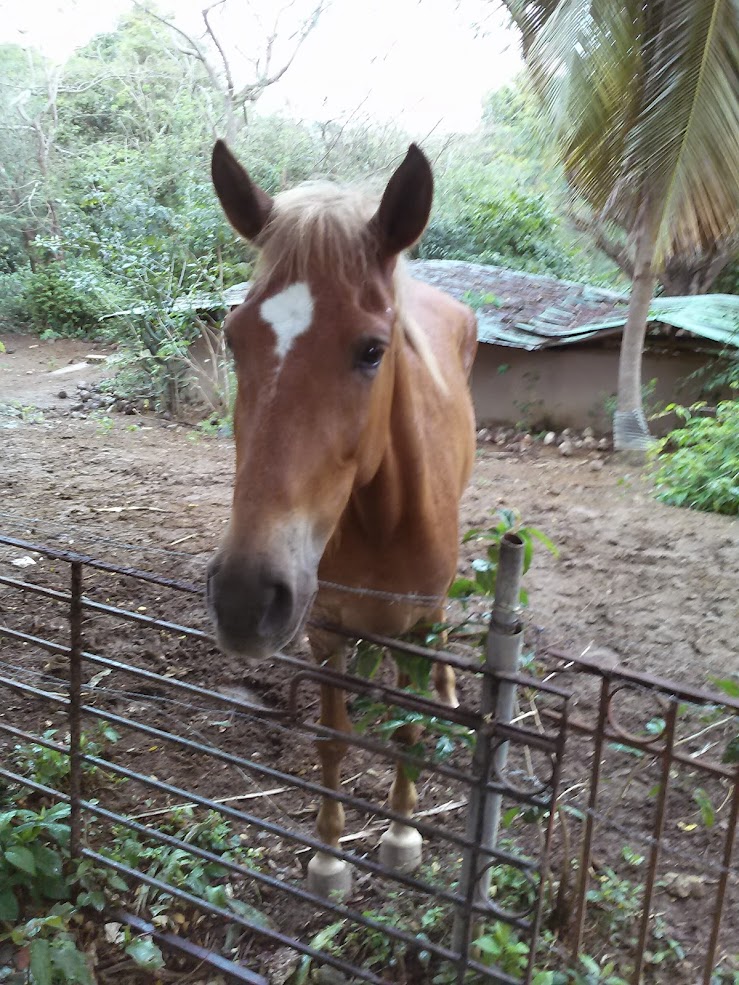 After waking up for real, we packed up the few things we had gotten out last night and returned to the ferry terminal. The ride back to Fajardo was much smoother than the previous night’s escapade and we arrived a little after noon. We picked up our rental car and drove to El Yunque National Forest. Our first stop was the visitor center ($4 at the gate), which proved to be not strictly necessary, but a helpful guide did give us a map and point us to some interesting sights. And the building and grounds were pretty cool.

Our first stop was La Mina Falls, which unfortunately does not lend itself super well to photography even though it’s quite large because it is right by the road and therefore EVERYONE stops there. It’s hard to get a clear shot, but we squeezed in a selfie (below left).

(Above right is one of the waterfalls we saw towards the end of our hike.)

From there we kept driving up the mad switchbacks and S-curves until we reached Yokahu Observation Tower. The view from 96 steps up was pretty spectacular, and we also had fun peeking out of the slit windows on the way up. Science Guy decided he was Spiderman.

Our last and longest stop was simply labeled “Juan Diego” on the map and consisted of creeks and waterfalls winding through the mountains. We climbed past three waterfalls before coming back down and along the way found some very large leaves…

Because Puerto Rico was formed by a volcanic hotspot, there was never a land bridge to a continental landmass and so there aren’t many larger mammals like jaguars or monkeys on the island. We heard lots of birds and were always surrounded by the chirps of the native coqui frog, though of course we didn’t see any. El Yunque may not be the most impressive rainforest on earth, but coming from Ohio where everything has been brown for the last four months…this was pretty close to paradise.